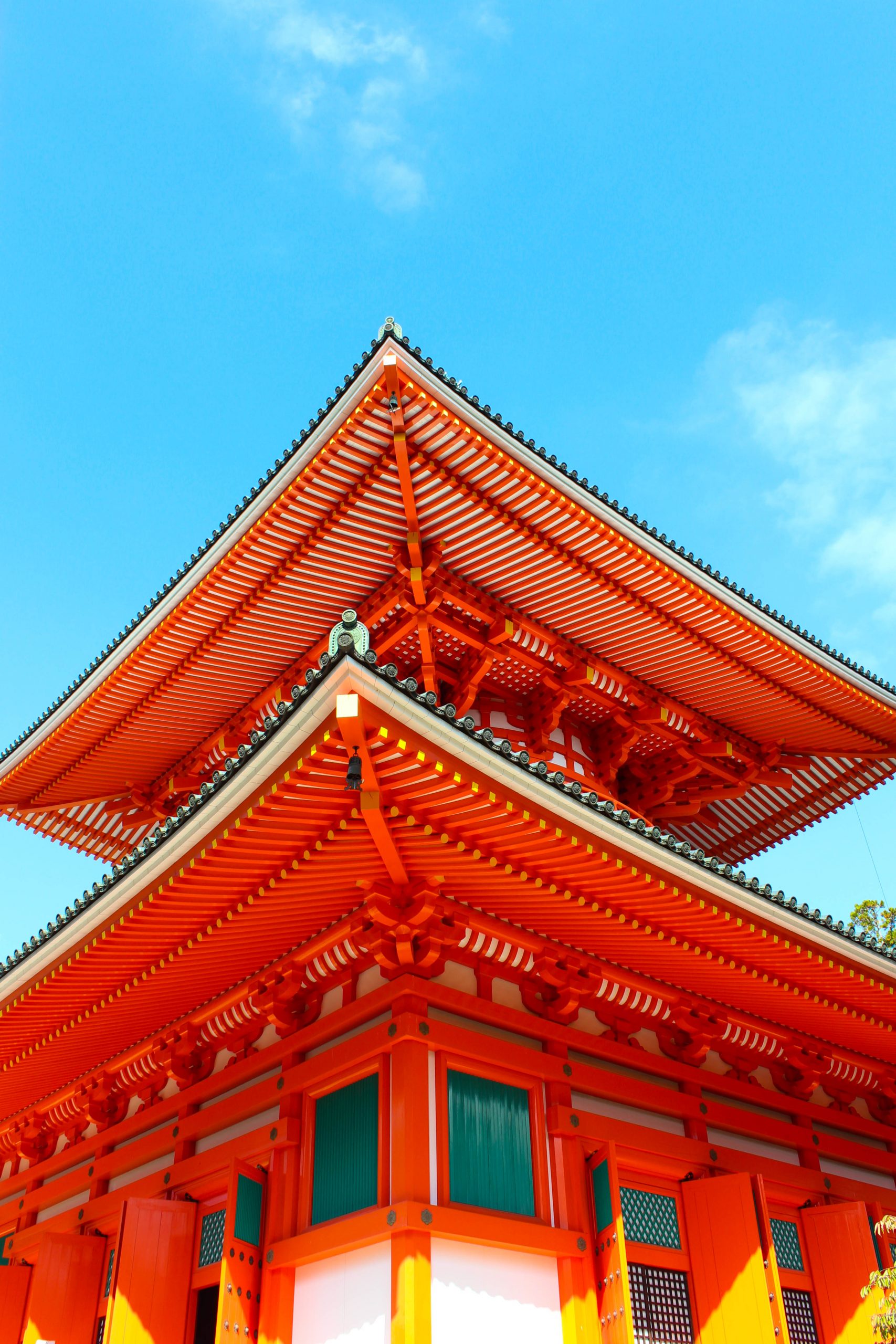 Just around an hour and a half away from Kyoto is Mount Koya or Koyasan. It’s known as a religious area as it’s home to hundreds of working temples, many of which have accommodation for guests so you can experience a night at a Buddhist temple (shukubo).

Day 1 – Getting to Mount Koya

We left our Airbnb in Osaka in the morning (you can read about our stay in Osaka here) and headed towards Osaka’s Namba station. Our luggage was heavy and we didn’t want to lug it all the way up to Koyasan so we dropped our suitcases off at the luggage storage there and just carried small backpacks.

As we had purchased the Japan Rail Pass before arriving in Japan, we didn’t have to pay any extra for the trains to Mount Koya, as these lines were all included. We purchased our tickets at the desk (don’t worry about not speaking Japanese, the staff are incredibly helpful and speak good English) and hopped on the train.

The route we took was the Nankai Koya line and from Namba station to the station at the base of Mount Koya (Gokurakubashi) it took around an hour and a half. It felt a lot quicker because you could stare at the beautiful scenery out of the train windows.

Once at the bottom of Mount Koya, you take a cable car up the mountain. This only took 5 or so minutes and was a really comfortable journey. This cable car wasn’t covered by the JR Pass, so we did have to pay extra for this, but it was no more than a couple of pounds.

A bus service operates at the top of the mountain to take tourists to each of the different areas and temples. As we were staying the night at the temple we were able to use this service for free.

We were dropped off right outside Shojoshin-in temple, where we would be staying that night. As soon as we got off the bus you could really feel the difference in temperature compared to Osaka. Luckily we brought warm clothes!

One thing to remember if staying at one of these temples is that they are working temples, so it’s not like a hotel where someone is there at all times if you need anything. Although, all the monks and staff were incredibly helpful when we needed them.

We booked the temple, Shojoshin-in, through Japanese Guest Houses which is a great website for all kinds of guest houses, temples and ryokans in Japan. Shojoshin-in is one of the oldest temples on Koyasan and is located right next to the famous Okunoin Cemetary.

At the reception you are given slippers to wear around the temple and there they explain about the temple, nearby places to visit and food times.

We were shown up to our room which was spacious and clean. The main part of the room had lots of floor space to set up the futons at night, there was a TV too. Towards the back of the room were sliding doors which when opened revealed a small seating area with a balcony overlooking the garden. There were also Japanese sweets and green tea there waiting for us.

The toilets and showers were shared but were clean and as there weren’t many people staying at the temple at the time, we didn’t have to wait at all. They even had the hi-tech Japanese toilets there and Wifi.

After we had drank our green tea we decided to explore the area. Dinner was at 5pm when everyone else ate, so we couldn’t miss this, therefore we decided to just walk around Okunoin Cemetary.

Classed as one of the most sacred places in Japan, Okunoin is the resting place of many famous and notable Japanese people, including Kobo Daishi who was the founder of Shingon Buddhism. It’s the largest cemetery in Japan with over 200,000 tombstones. At the end of the cemetery, a two kilometre long walk, is Kobo Daishi’s Mausoleum.

Due to lack of time, we didn’t quite get to the end of the cemetery but managed to explore most of it. It was just getting dark so it was lit up and looked amazing.

Back at the temple, dinner was served. As there was four of us we were sat in a room of our own. If you are in a smaller group you are sat in a bigger room with other people, but you are separated by screens.

The dinner was a traditional Buddhist meal which is called Shojin Ryori. This is a vegetarian meal which consists of a lot of soybean-based foods, as well as seasonal vegetables. When creating Shojin Ryori the monks use the ‘rule of five’. This means that the food has five colours and also five flavours (sweet, sour, salty, bitter and umami). There are no additives or artificial flavourings so it’s pretty healthy. For a meal using such basic ingredients, it was far from boring and we really enjoyed it.

After dinner we decided to make the most of the facilities and use the onsen bath. This was located downstairs in the temple. It was a big deep bath, it could fit two people at most, and it had warm spring water constantly flowing into it. In Japan you have to shower before using the baths or onsens, so there was a shower next to the bath. It was probably the best bath I’ve ever had. The depth of the bath meant you were covered in water up to your chin so it was really warm and cosy. Perfect for the cooler weather on the mountain.

Yukata were provided for each of us to wear after dinner so we put those on and ended up falling asleep really early because we were still jet-lagged.

Part of the temple experience was watching their prayers in the morning. This happened at around 6am, so we were up early for this. It was such an amazing experience and one I’ll definitely always remember.

After prayers, breakfast was served. It was Shojin Ryori again, but this time with a few different items. I tried pickled plums for the first time and wasn’t a fan!

We packed up our stuff and left the temple. Rather than catching the bus from right outside the temple, we decided to walk through Koya to explore more of the sights.

There were some amazing temples some of which you could go inside. We also saw the Konpon Daito Pagoda. It was a beautiful crimson colour which contrasted so nicely against the blue sky.

I also managed to find a shop selling Studio Ghibli merchandise so I, of course, had to buy some stuff.

Around lunchtime, we travelled back down the mountain to head towards our next destination, Kyoto.

I would definitely recommend adding a day-trip or one night in Mount Koya to your Japan Itinerary. It’s a great thing to experience and it was great seeing how the monks lived and worked.

Have you ever stayed in a Buddhist temple?